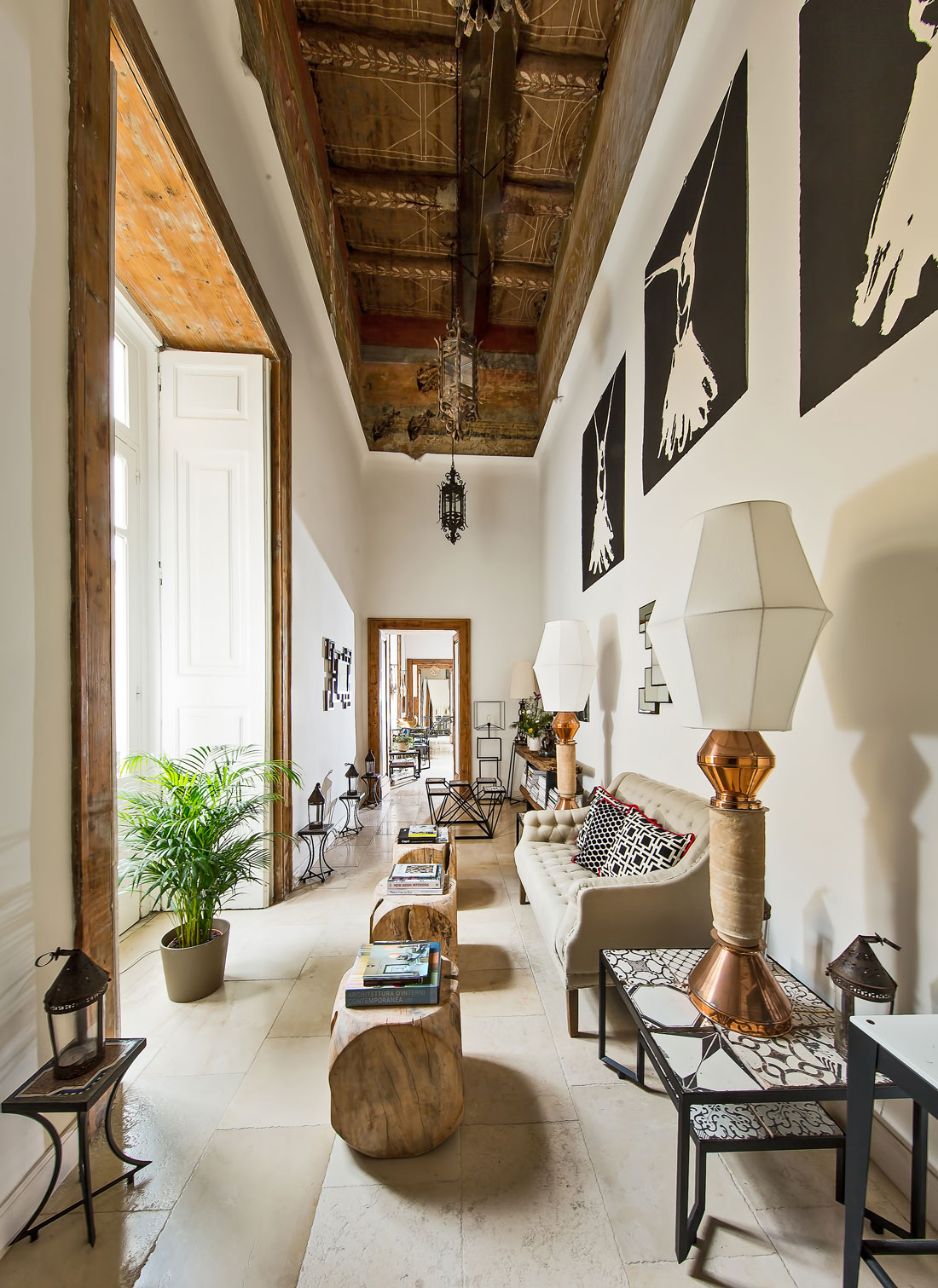 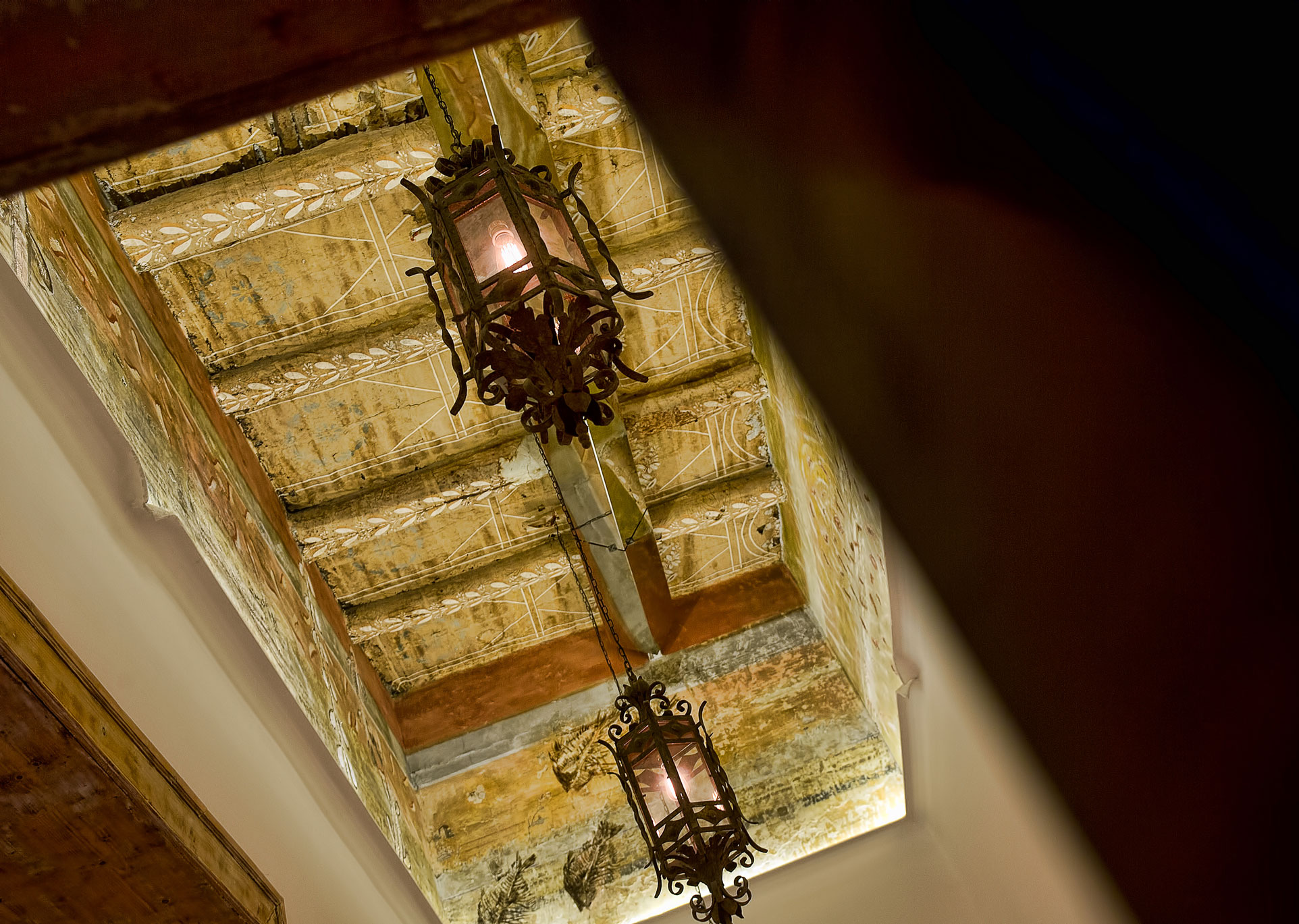 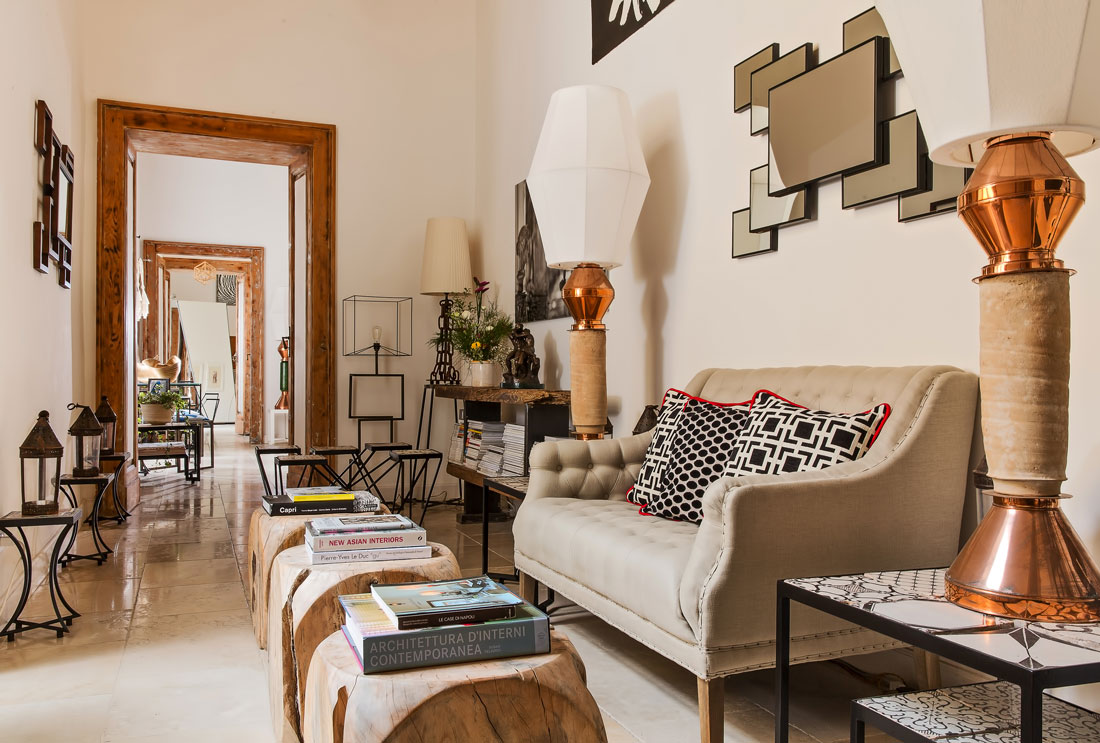 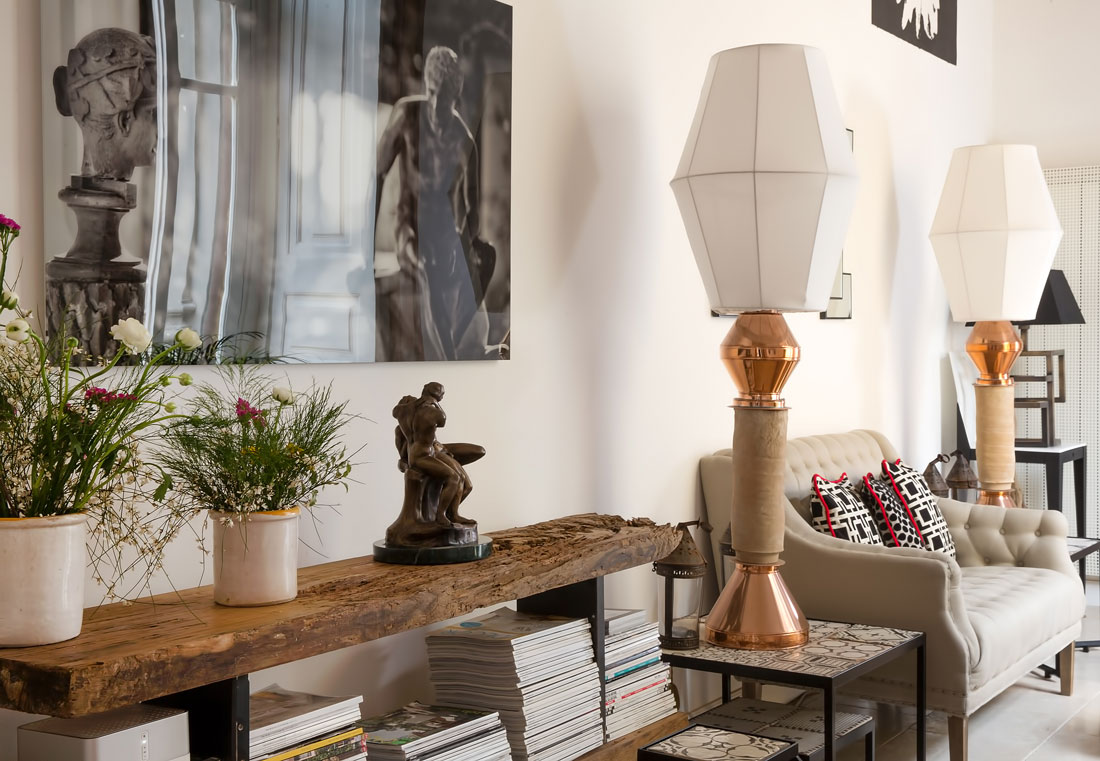 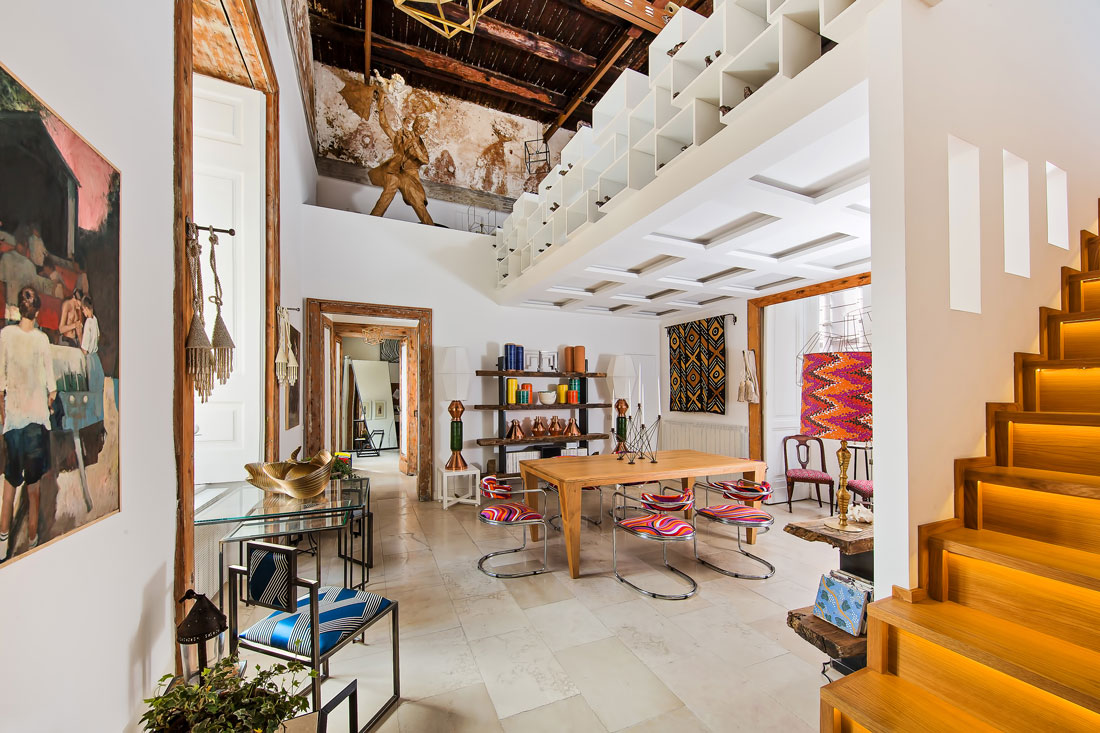 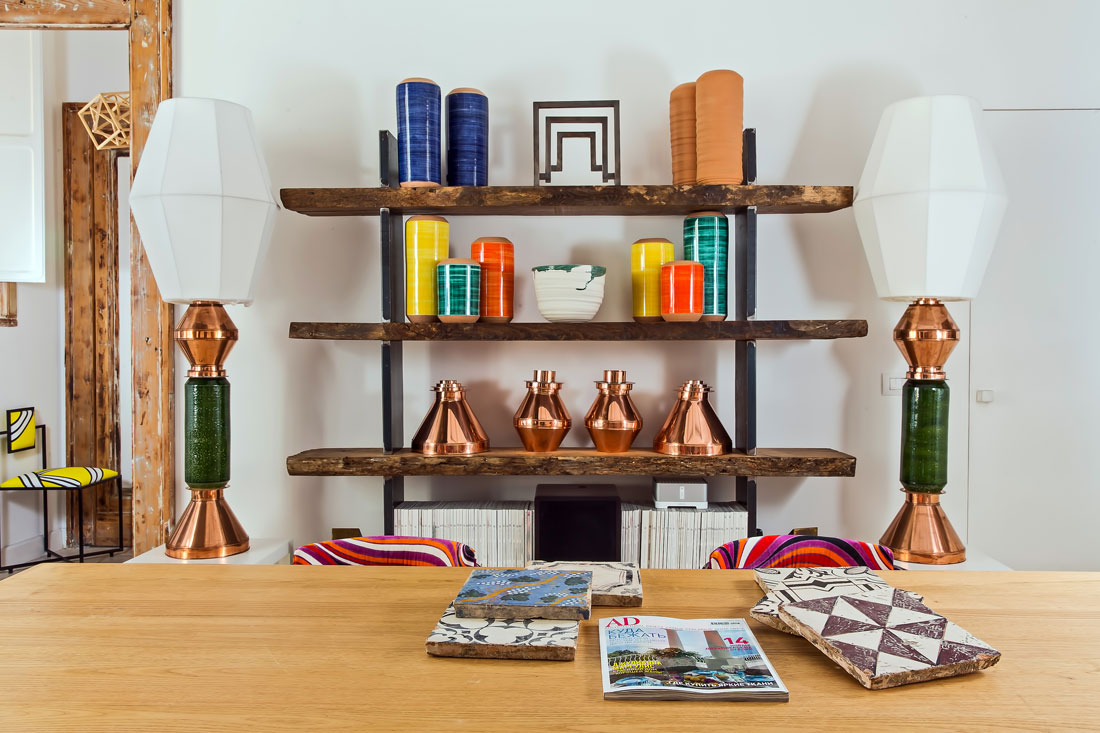 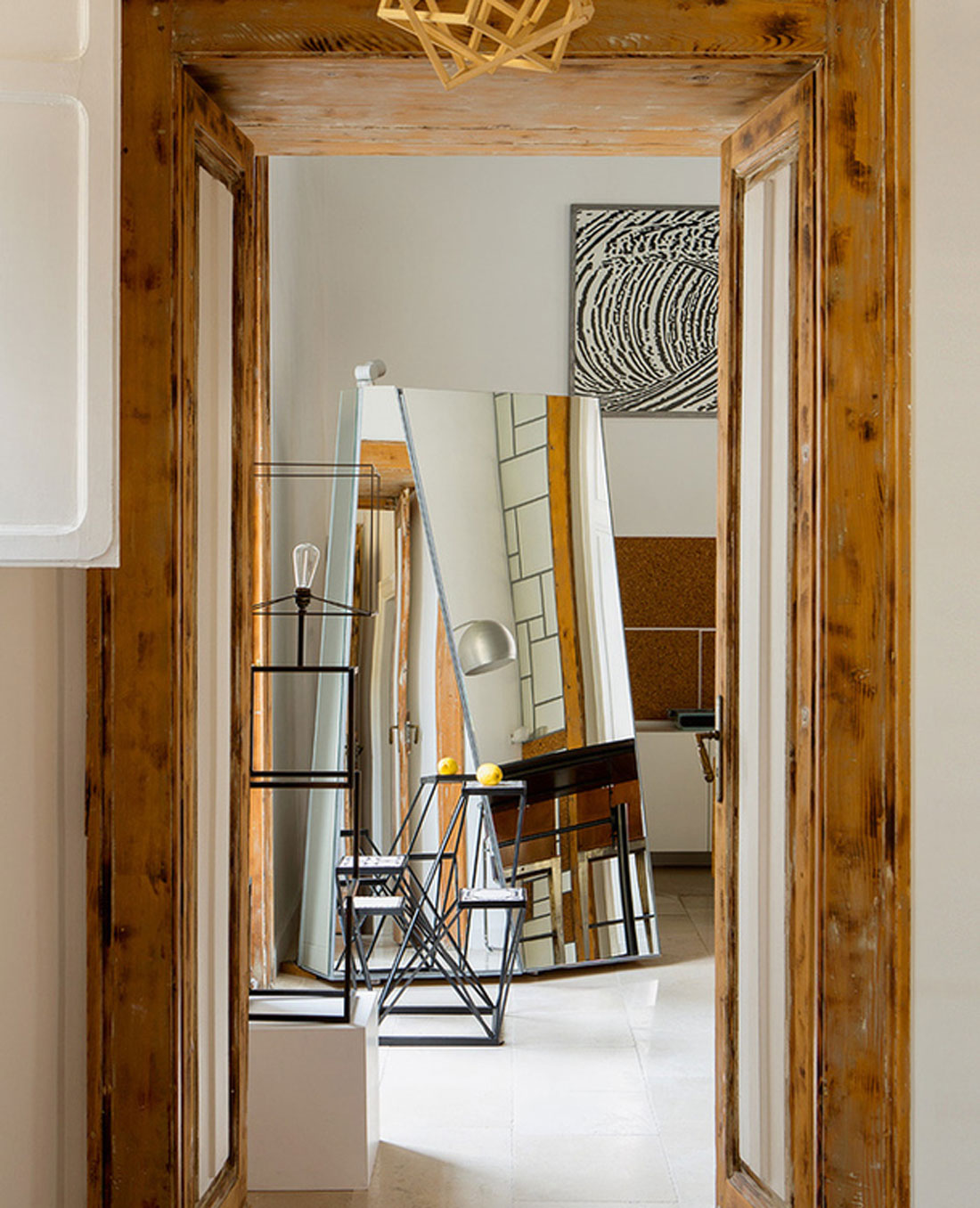 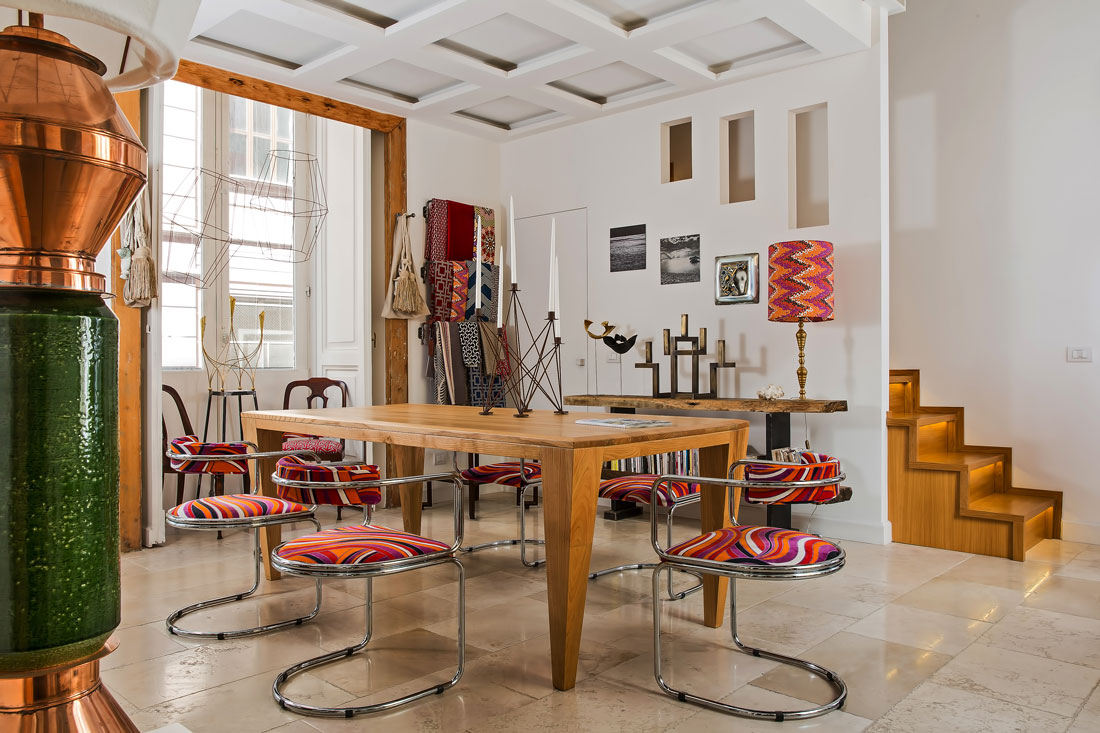 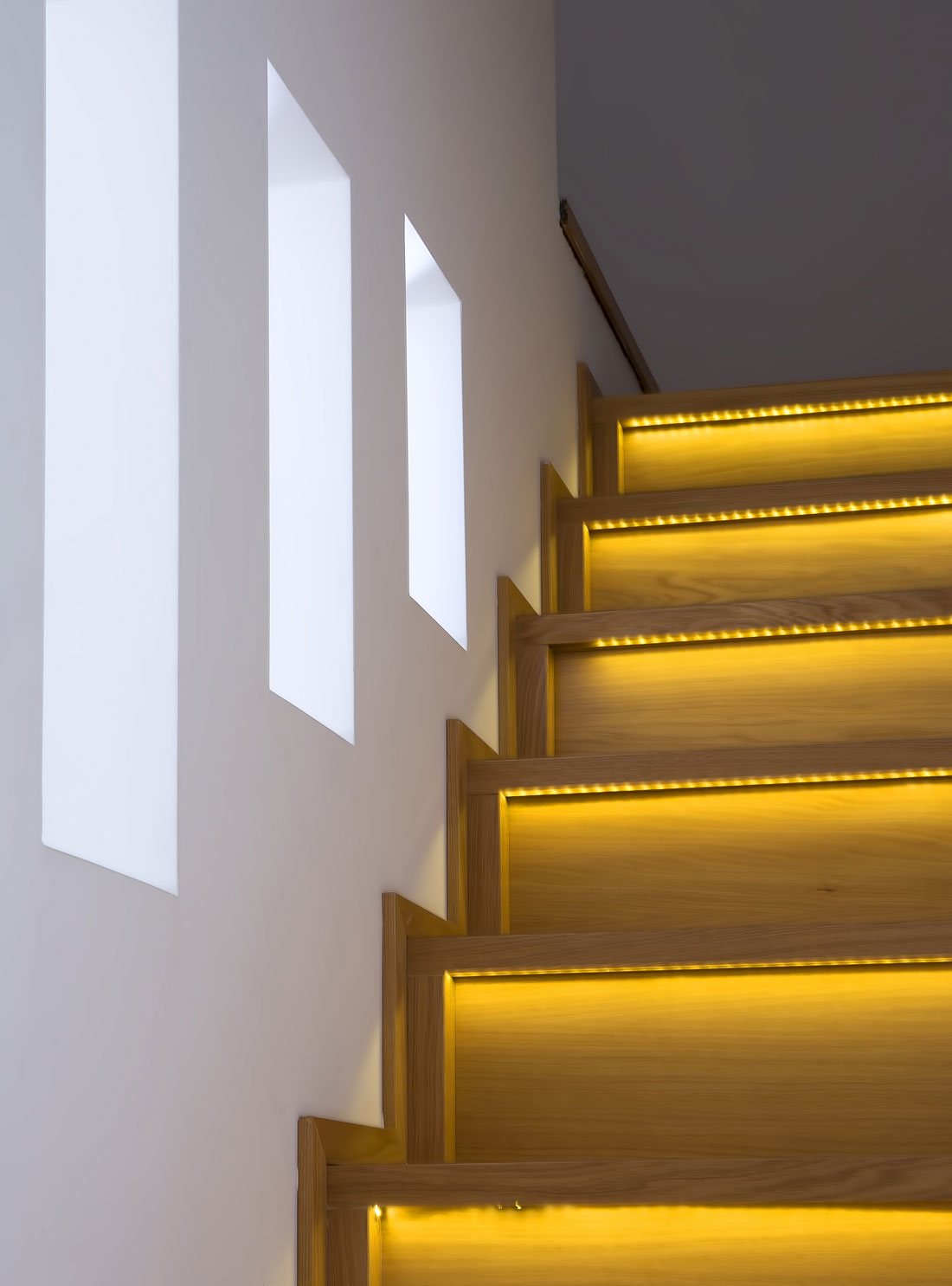 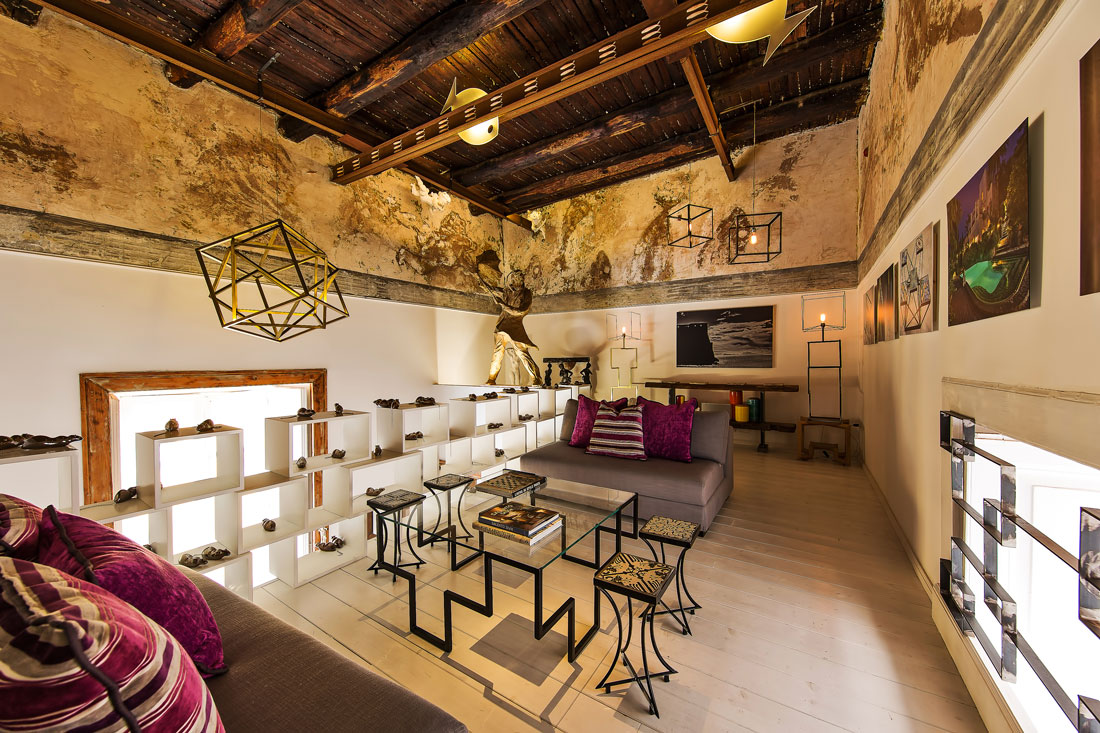 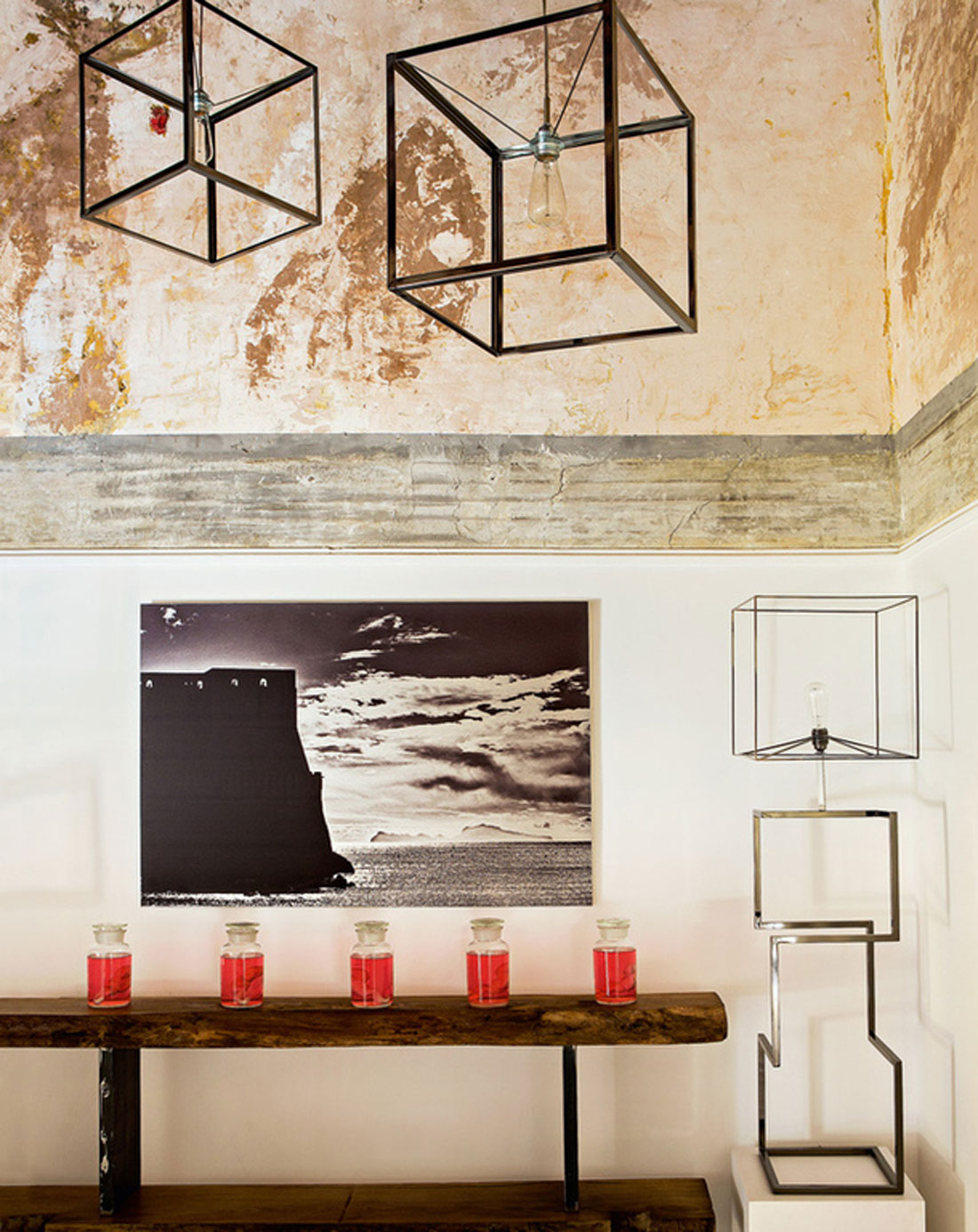 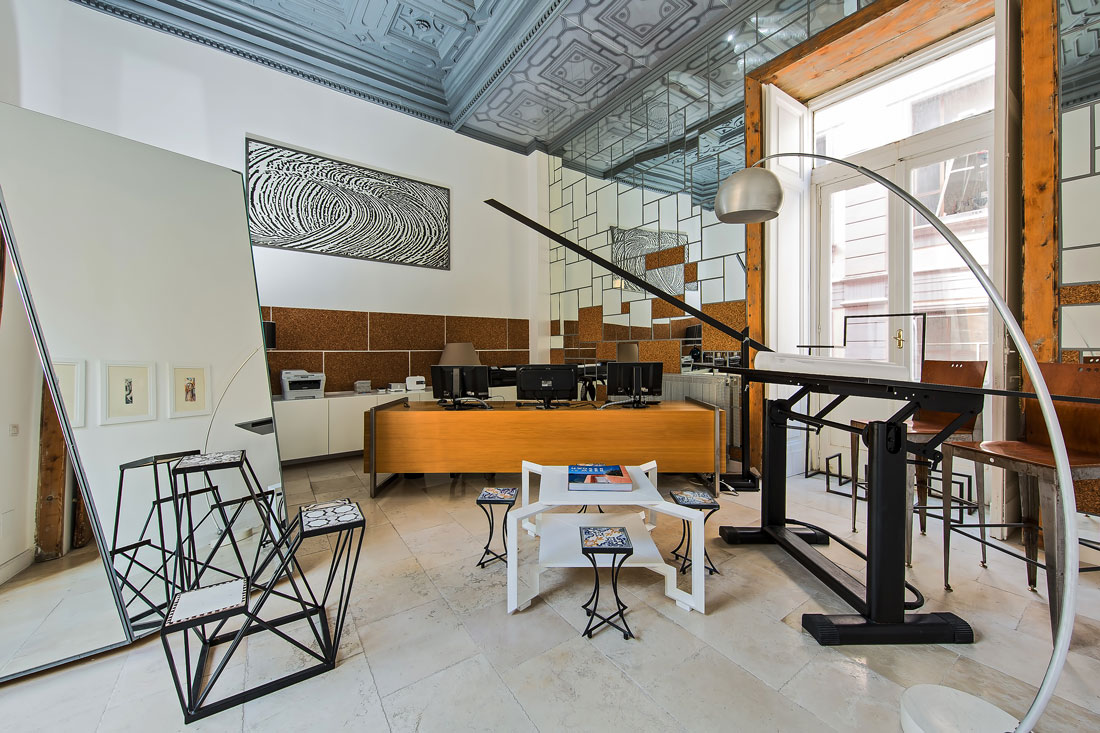 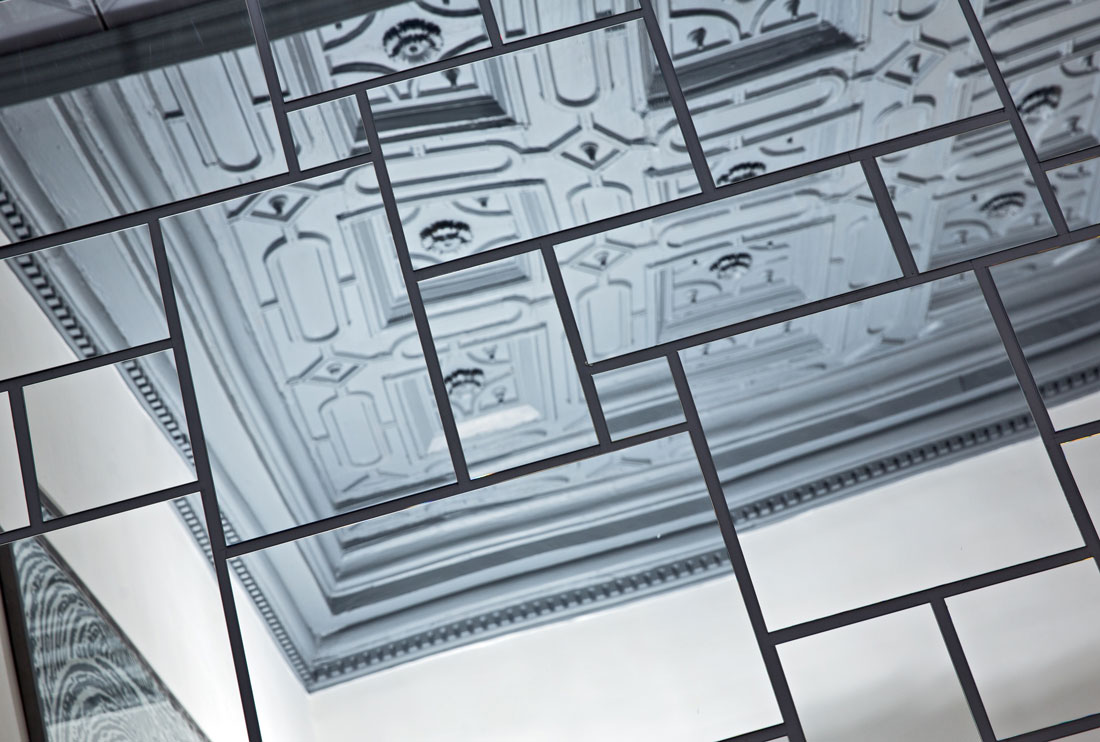 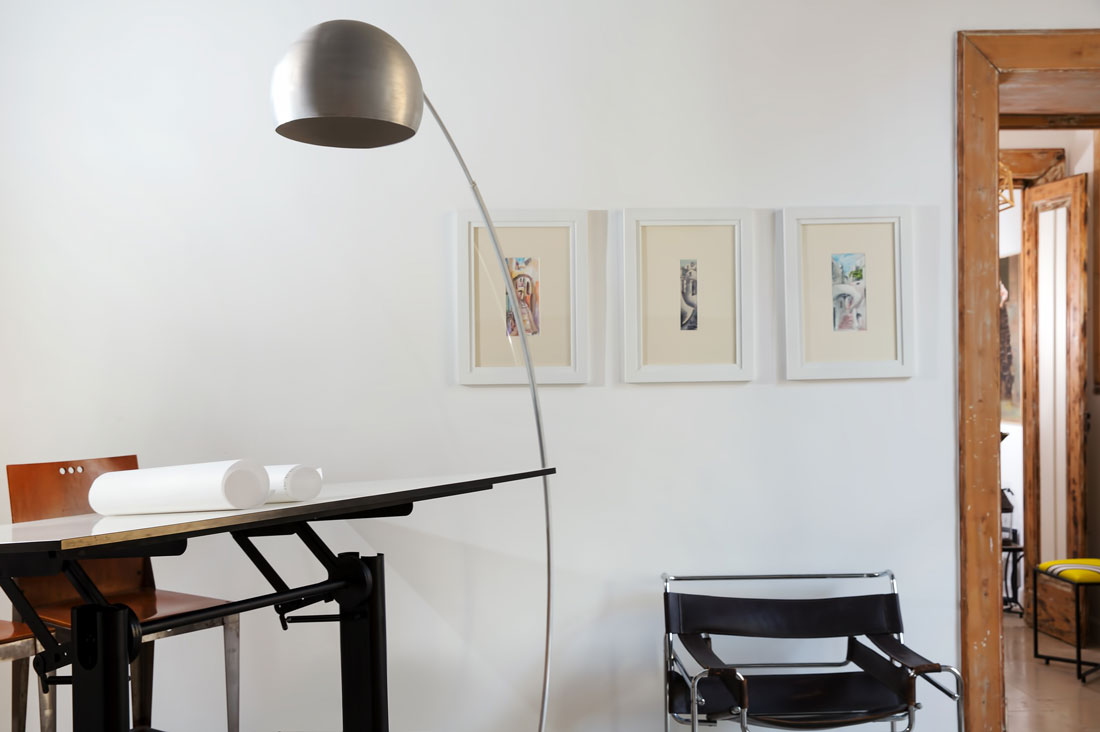 The Studio of Francesco Della Femina is in the heart of the historical centre of Naples called Spaccanapoli (literal meaning “Naples divided”), it is the only straight street in the entire city.  Titled Palazzo Monte Manso di Scala, it is a 17th Century palazzo that was once a monastery and is currently owned by Italian nobility.  The building has a considerable history and it was this presence that Francesco felt when he happened upon it in 2011, then a run-down damp, decrepit domicile.  Being an experienced architect accustomed to restoring and renovating, his vision was enlightened and sharp as he knew what had to be done to transform the space.  Demolition of the division walls created enhanced spatial fluidity, and permitted a more gracious sense of open space in the naturally elongated floor plan.  A combination of astute guesswork and innate feeling had Francesco knocking a hole out of the ceiling to see what was above the white plaster, wherein he discovered an extra 10 feet of height and an original 17th century coffered ceiling as well as  hand painted antique wall paper, all of which authenticates the historic innervation of the space.

The interior is purposefully planned like an apartment, except for the master room which maintains the look and feel of a traditional Architect’s studio complete with drawing table.  Francesco explains that he wanted the studio to be a discovery, an unexpected find in the centre of the chaos of Napoli. “When clients enter my studio for the first time, they ask me is it my home?”, to me this is a compliment as it means I accomplished what I set out to do, create a homely comfortable environment that showcases what I do.”  The studio is brimming with Francesco’s furniture collection which he began only one year ago.  It is an ideal manner in which to showcase his work, in a setting that enables clients to see the potential of particular pieces.