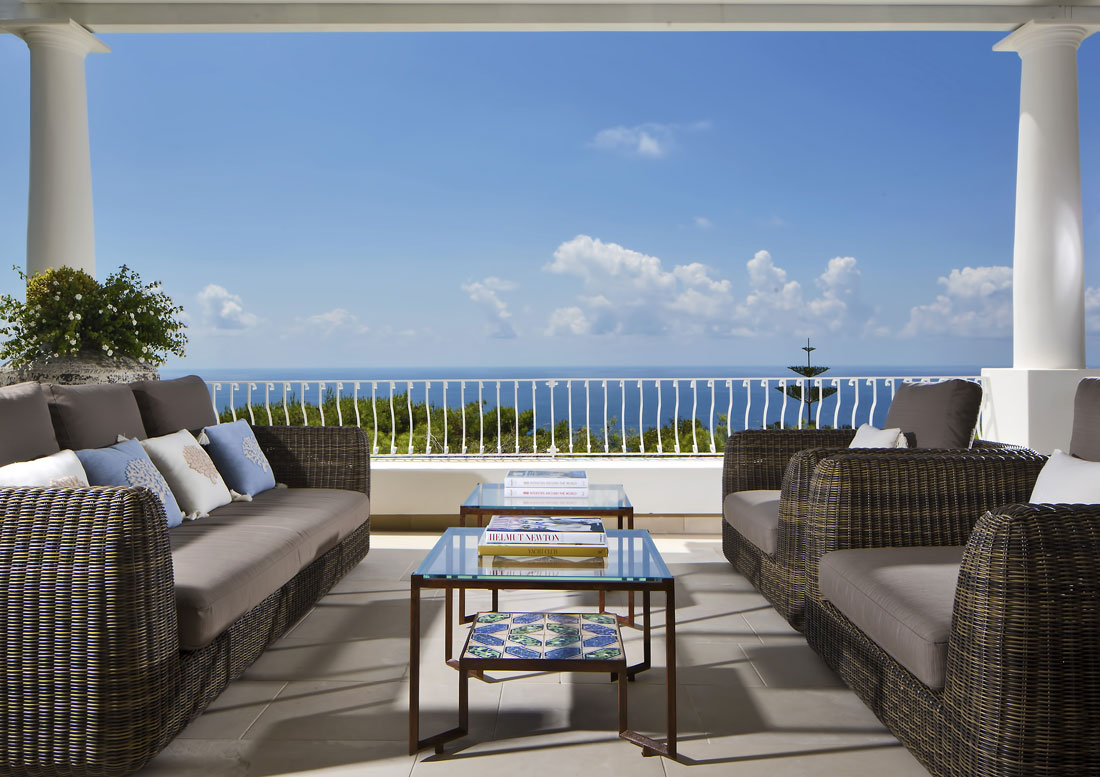 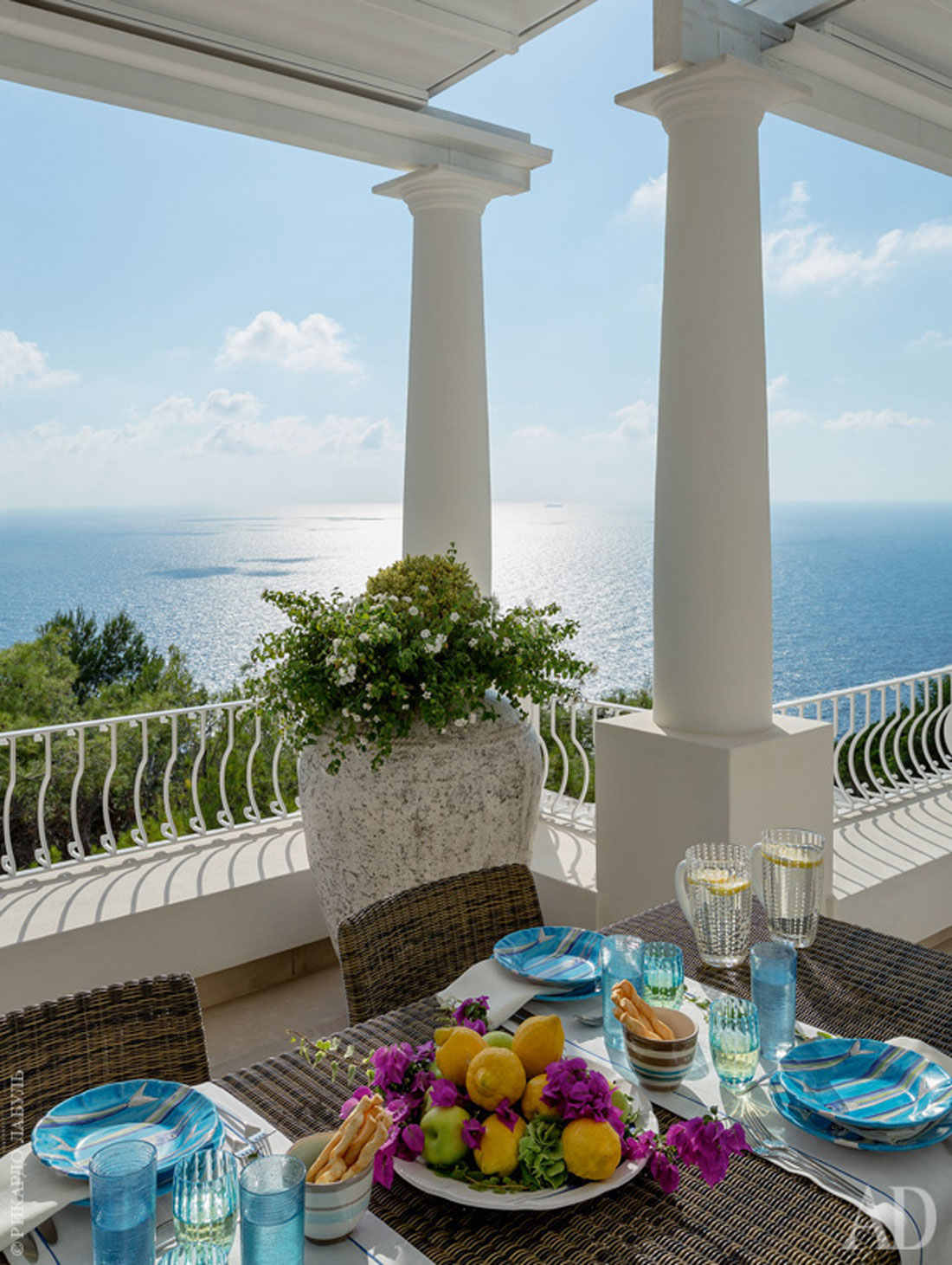 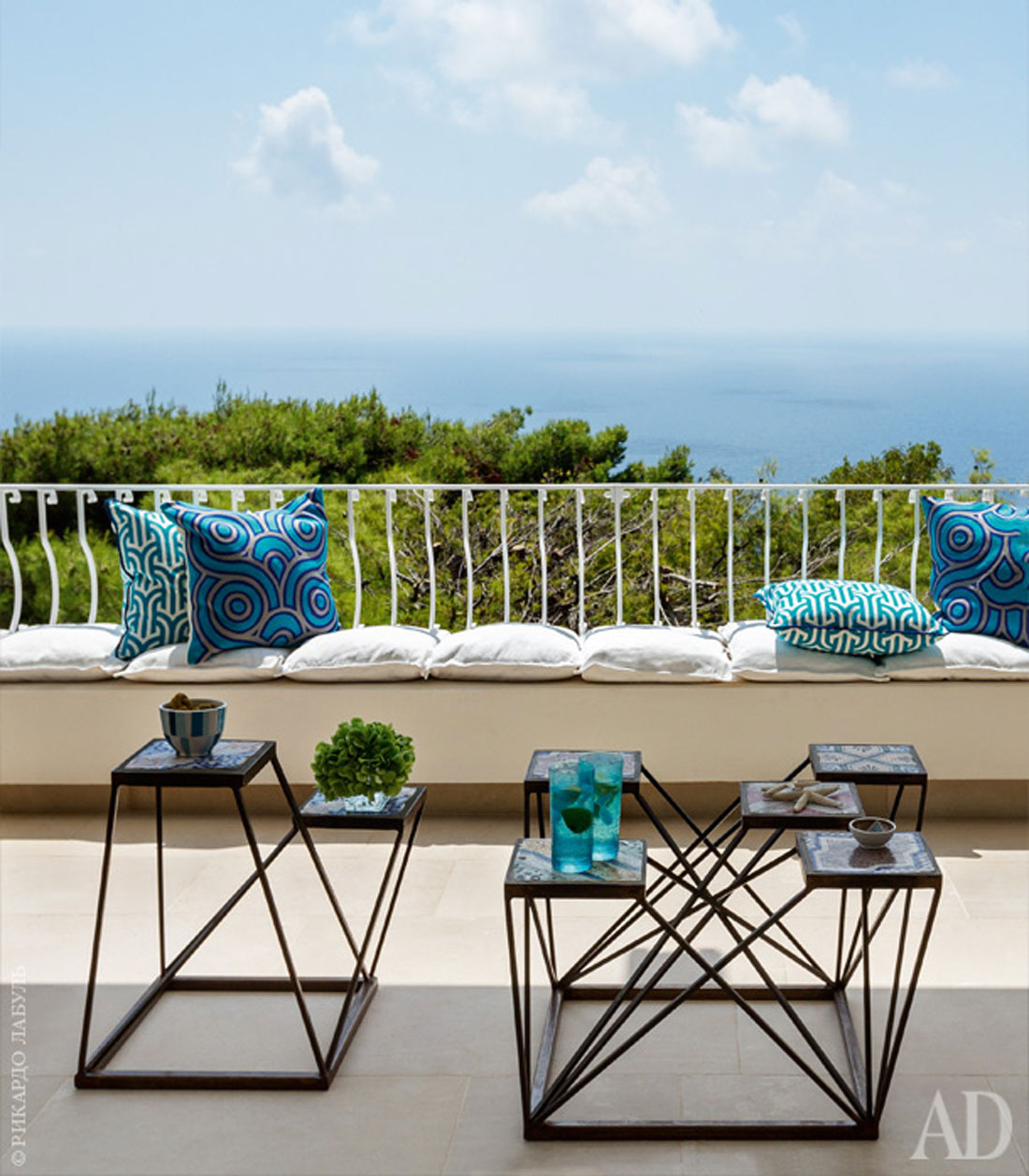 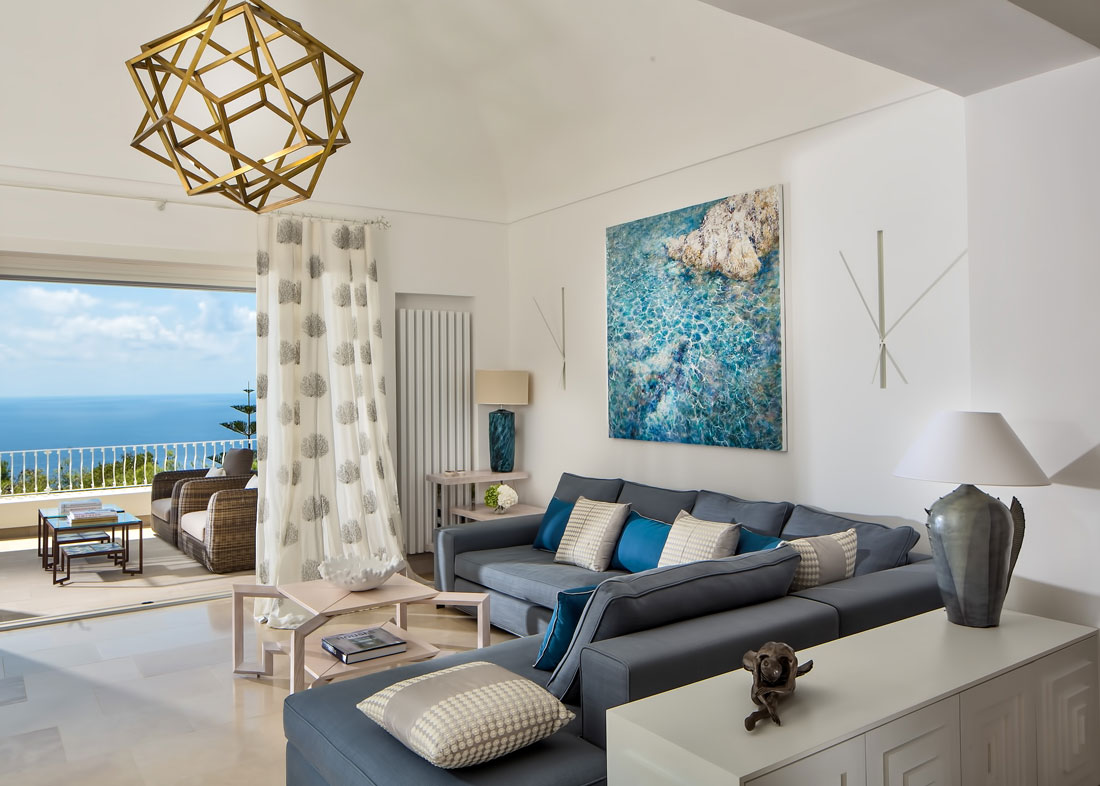 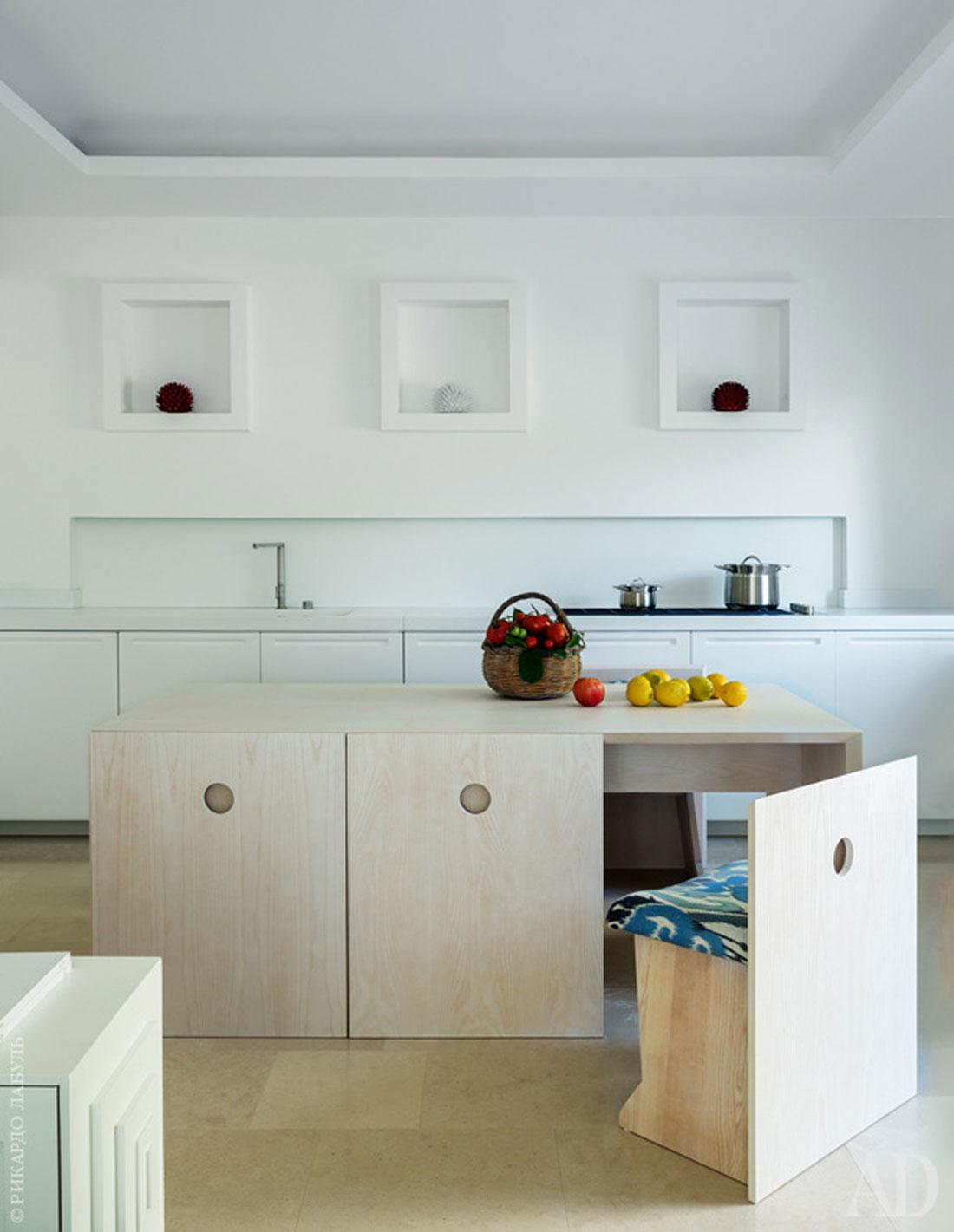 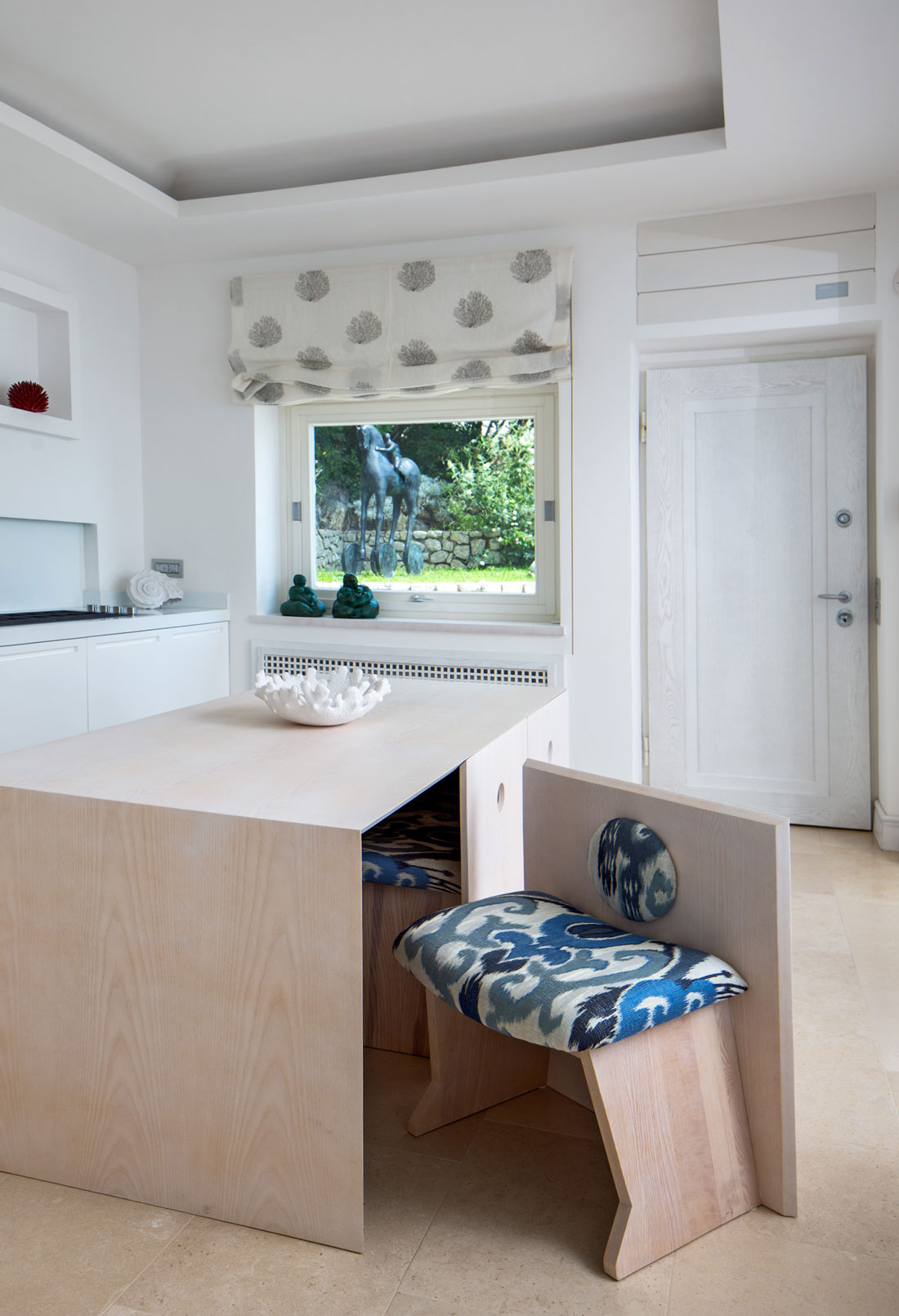 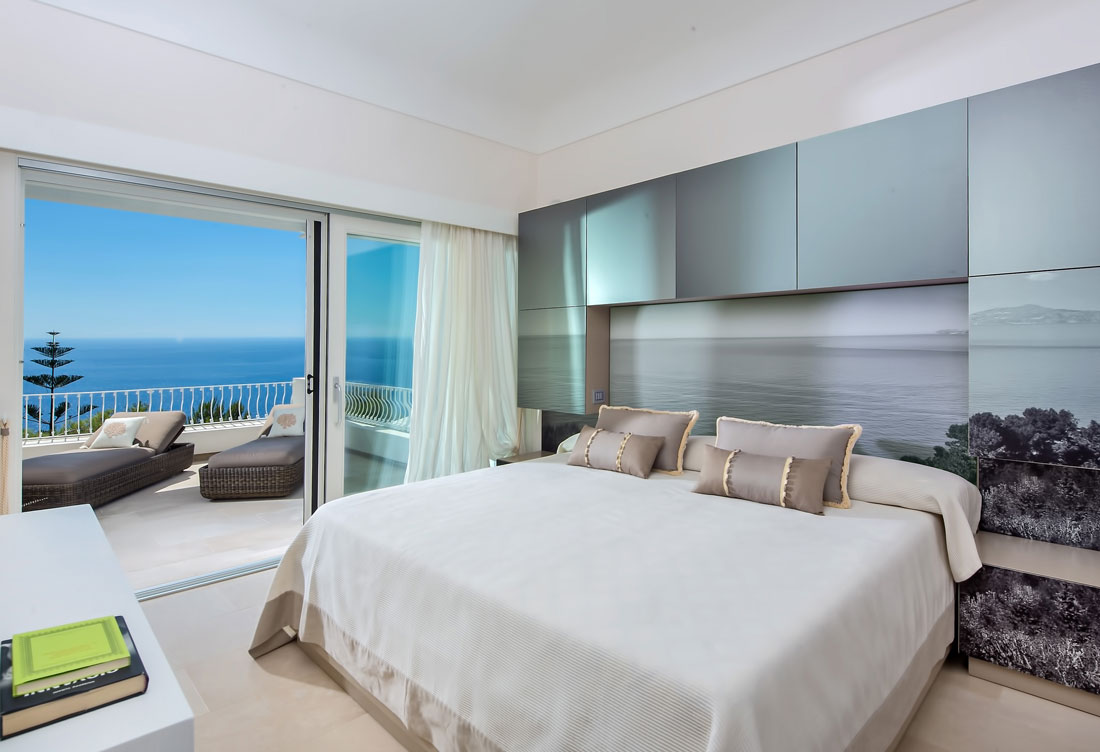 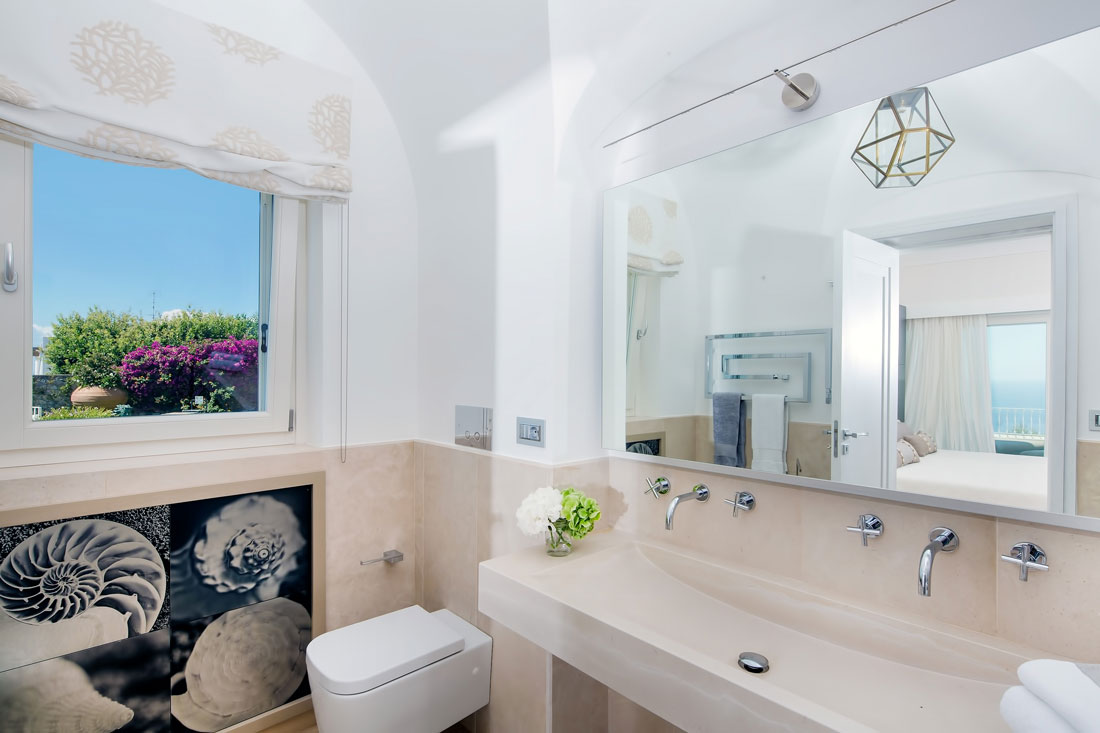 Back in 2010, a Neapolitan couple were looking for the ideal location to create a home away from home to escape the hustle and bustle of their chaotic lives.  Their requirements were clear, it had to be simple but not rustic, modern but not sterile, provide a familiar environment where they could feel comfortable and enjoy what they appreciate the most – the ocean,  and above all it had to be peaceful, relaxing and exist in harmony with the locale, wherever that would be.  When they discovered a 1930’s run down little hideaway on an elevated site tucked away in the hills of Anacapri overlooking the bay of Naples they knew they had found their ideal location.  The couple were eager to build a house that would incorporate their love of architecture and design in addition to staying true to the feel of a typical caprese villa.  Being well travelled they had the opportunity to witness some striking architecture which instilled in them the ambition to create something innovative.  Holidaying on their yacht afforded them the awareness of the intricacy of using limited space wisely so that is not only stylish but also functional.  They hired local architect Francesco Della Femina to come up with an innovative design that could meet their requirements.  The design concept he developed embraced the magnificent sea views by demolishing the south facing walls to create floor length glazed windows and doors to reinforce the sense of openness and light as well as spatial fluidity both inside and out.  Every room has a sea view.  The re-constructure took about 3 years from start to finish.  The end result is a modern, well planned, single story white wall Caprese Villa that co-exists effortlessly with the old style villas in Anacapri.  The finishes throughout  are simple and contemporary.  The colour palette neutral with a splash of colour found in fabrics, plants and artwork.  The antiquated coloured tiles were replaced with natural stone floors from Puglia, custom designed using bespoke cutting they cover the entire floor plan both inside and outside the house creating a modern, mediterranean and spacious feel to the property.  The open-plan kitchen dining and living area are situated at one end of the house and the bedrooms and bathrooms at the other end. Each room of the villa opens out onto an outdoor terrace which runs the length of the entire villa.  The terrace overlooks the Bay of Naples and the Magnificent Mediterranean Ocean, and is as much a part of the house as the indoors.  Atop the Capri style columns with pergola rests a fully automatic sliding roof to shade from strong sunlight or humidity.  The house is designed to be in keeping  with the owners love of all things high-tech and design.  There is a touchpad control system which controls all of the electronics from music to lighting to security for the house.  Most of the furniture was designed and handmade by Francesco Della Femina to optimise space.  Each piece adopting modern lines and functionality such as the Kitchen Table (Tablock), which is designed to be both a table and sculpture  – the 6 chairs close into the table so that it becomes a sculpture block.  The entire back of the kitchen wall boasts a hidden air extractor eliminating smoke and smells. The rooms have been designed to have integrated appliances and wardrobes, bringing clutter to a minimum.   A fascinating feature of the house is the contrast evident between the streamlined contemporary furniture, lighting fixtures and sculptures made of natural materials such as brass, ceramic and iron and that of antique vases from the 18th century sourced by Francesco.  All of which add to the luxury feel of the villa.   Materials chosen occupy the villa with lightness and sober elegance suitable for a warm climate in summer while easy to maintain during the humid winter months.  Subtle lighting is planted throughout the villa both inside and out that can serve as an ambient low light that doesn’t disturb the view, especially at night.  One of the lights in the living area is a suspended brass sculpture which contains LED lighting – Cubing.  The architecture of the house was paramount to its beauty.  Francesco re-built the ceilings using traditional Caprese vaults which autenticate the original Capri style that the owners insisted was present.